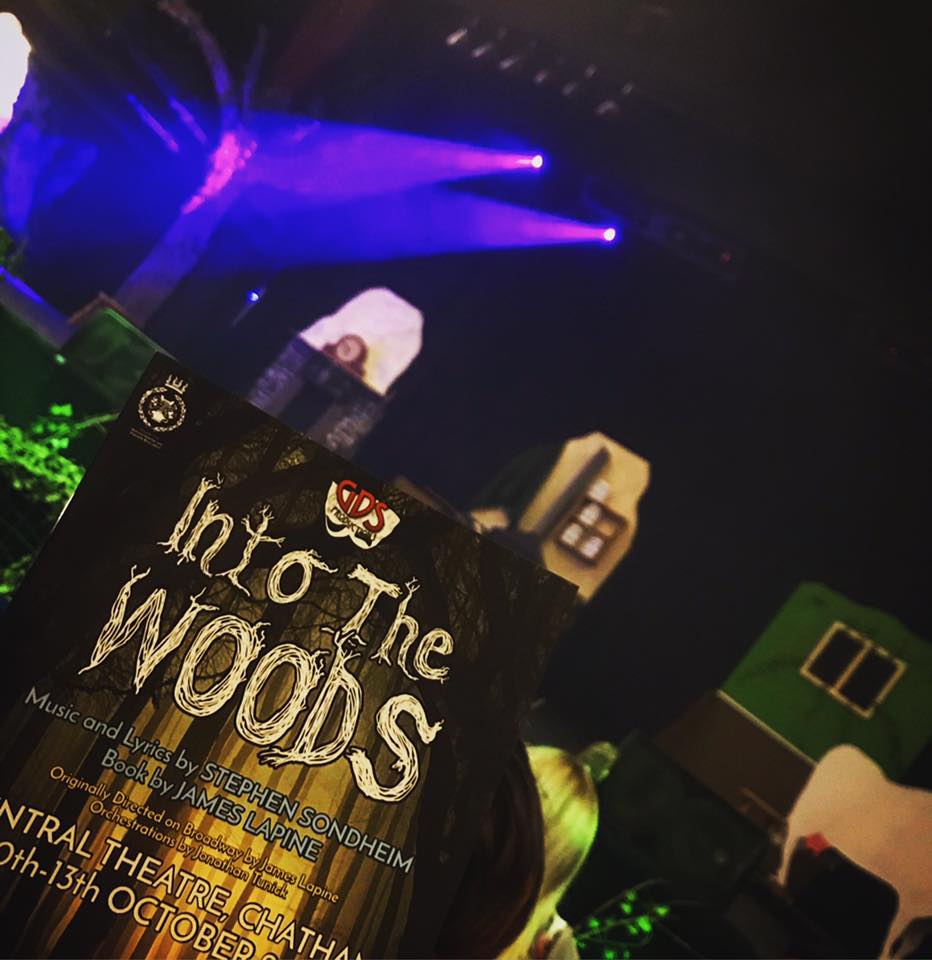 I was delighted to have been inviting to return to the Central Theatre, Chatham to see this years musical by the Gillingham Dramatic Society. This year they have taken on a Stephen Sondheim classic, Into the Woods.

A modern twist to the Brothers Grimm Fairy tales that intertwines the plots of a few choice stories and explores the consequences of the characters’ wishes and quests. It follows the classic tales in a humorous and heartfelt way of Cinderella, Little Red Riding Hood, Jack and the Beanstalk, and Rapunzel – which is all tied together by an original story involving a baker and his wife, their wish to begin a family and their interaction with the witch who has put a curse on them. Will they ever have their happy ever after?

The thing about this musical is it is very busy from the very start, with the classic Stephen Sondheim song styles of quick paced and scattered sung throughout the story, with solo songs that help address each characters and their thoughts on the way their quests have turned. GDS have taken on the challenge, performing it very well and ensuring the audience get a good night in the theatre. Directed by Francene Harris and musically directed by Peter Bailey, you could see the thought and effort that has gone into the production from each character being portrayed correctly, to the lighting set on stage.

Another pin point about this musical is the cast, which is not only varied but full of many different characters for the actors and actresses to get their hands on, or even paws! It was great to see a variety of performers displaying some excellent performances throughout the evening. 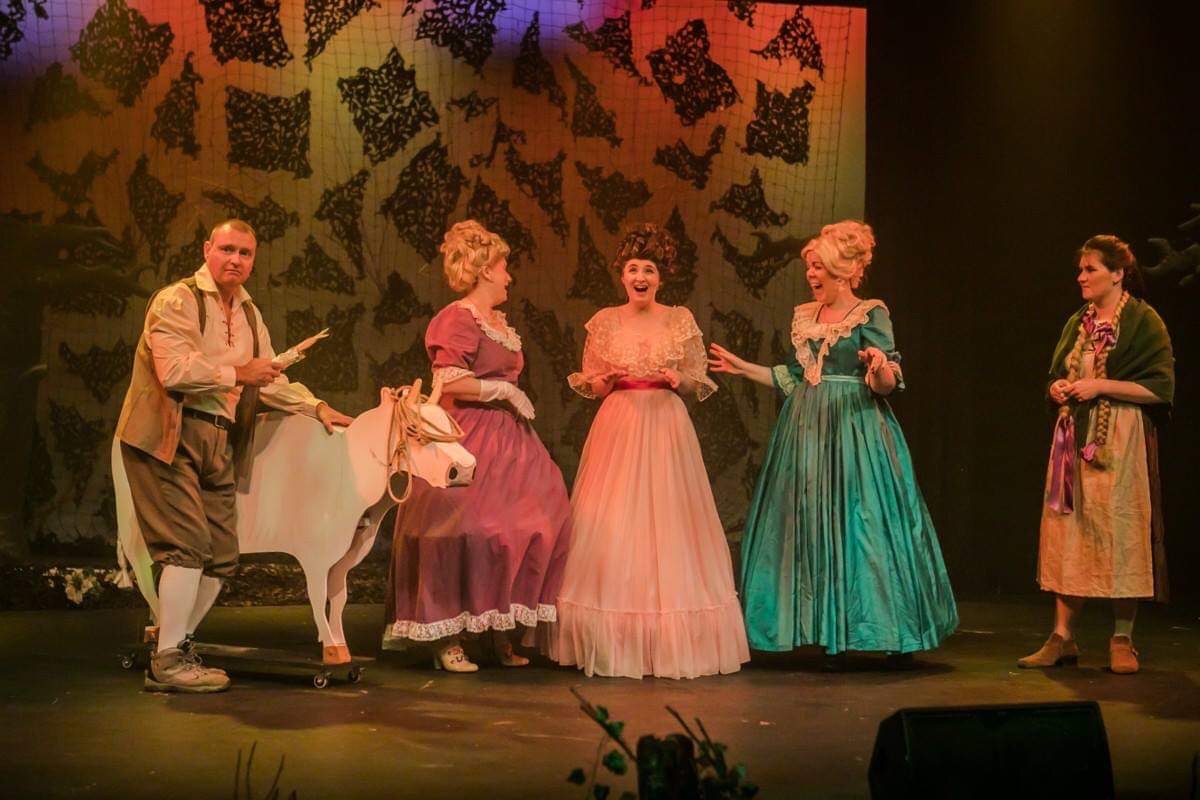 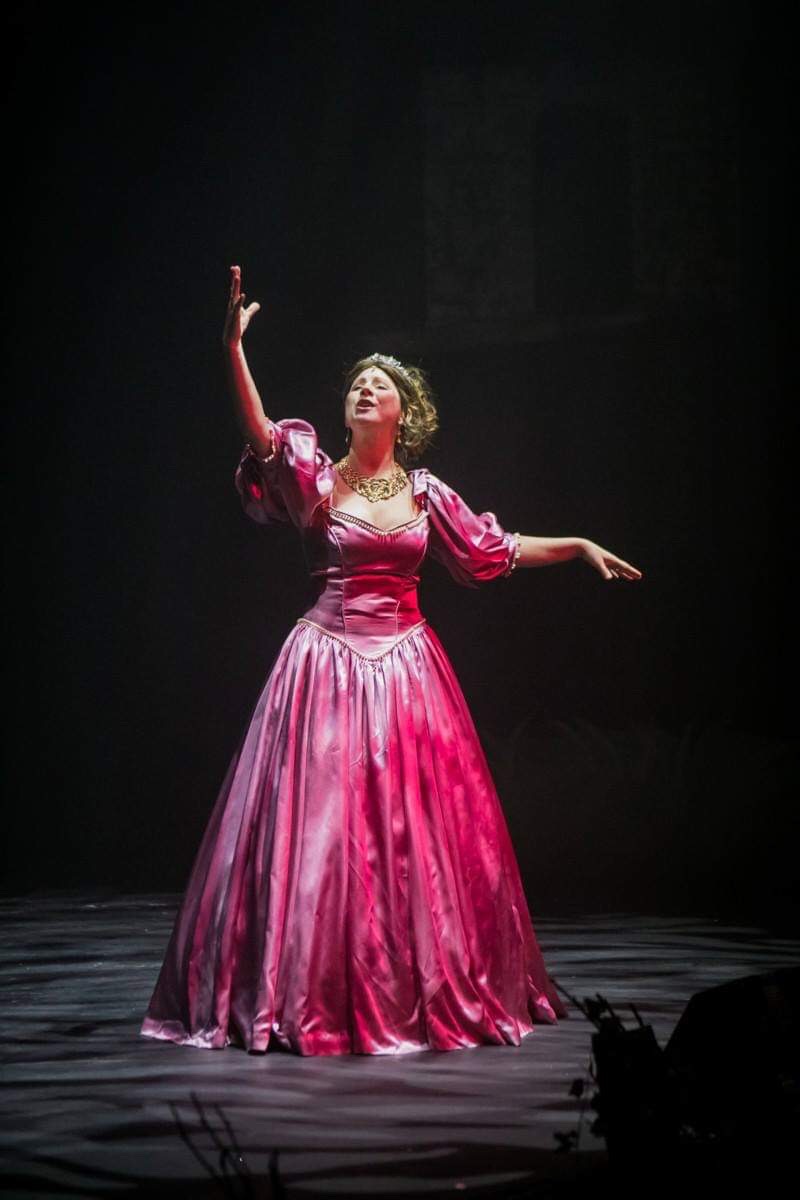 e Baker and Bakers Wife played by Scott Highway and Tonia Plowman, the leaders of the story they both take on the role Brilliantly, Tonia particular scene with the prince and song ‘Moment in the Woods’ showed her potential and it was a great moment to watch. The Prince in question was ‘Charming’ played by Jake Pearse, he had brilliant comic moments throughout the musical along with Rapunzel’s prince played by Adam Waters. ”Agony’ had excellent comic timing that worked well as both of them played well off each other, they truly looked like they loved who they were playing – this was very much agreed by the audience also!

Carly Caller took on the role of Cinderella, her voice is soft and sweet that suited well to the many songs she sung throughout the night. Along with Clair Scholes in the role of innocent Little Red Riding Hood, that may not be as innocent as we thought was performed excellently and a great joy to watch.  I particularly enjoyed the role of Jack’s Mother played by Rachel Anne Crane-Herbert, last year she was in the directing chair but tonight she was on the ball as a loving mother with great comic moments, in particular when she was up against the giant! Her son Jack played by Lewyss Banfield, had the passion and heart for the innocent boy who only wished for a friend.

It is so hard to out pick this cast, when their are so many characters throughout that pop up here and there! I give my praise to the full cast that took on this show and did it proud! Into the Woods gives you fairy tales like you’ve never seen before, it will leave you routing for all the characters and pray they get their happy ever after!

Into the Woods performs at the Central Theatre, Chatham until 13th October 2018, for all ticket information go here.