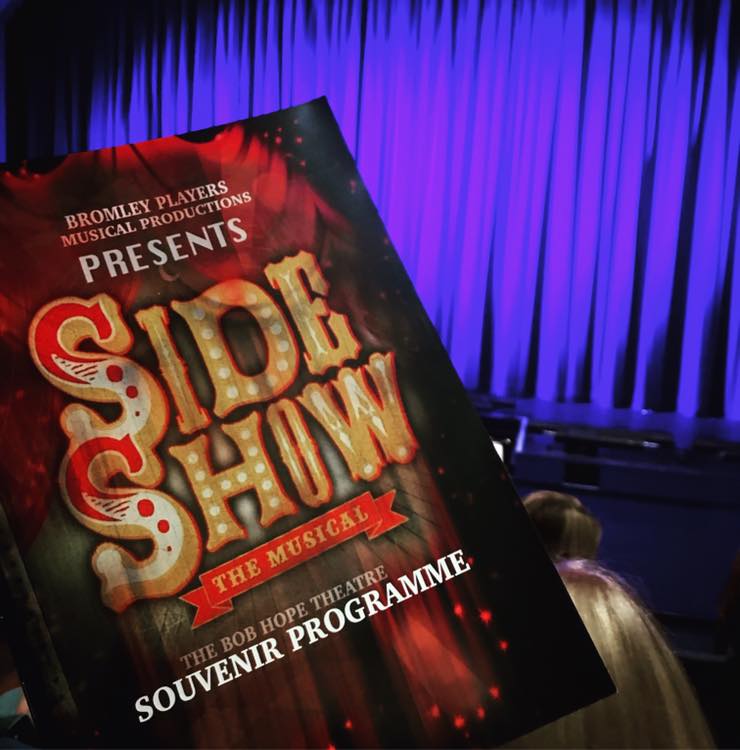 Second show of the week and tonight I was returning the Bob Hope Theatre in Sidcup for the Bromley Players current production of Side Show!

Side Show is a musical by Bill Russell and Henry Krieger that is based loosely on the lives of Daisy and Violet Hilton, conjoined twins who became famous stage performers in the 1930s. Having missed the 2016 production of the Broadway revival in London, I was delighted to be invited along and not miss a chance to catch it again.

For a not well known production, I could see that this would be a challenge to compose especially for an amateur dramatics group. Bromley Players did not disappoint their audience tonight, welcoming them all to the land of ‘freaks, but also the passion, love, and determination of Daisy and Violet. Directed by Daniel Lawrence, following his last production Urinetown again excels at ensuring this story is brought to the stage beautifully, along with some amazing choreography by Paul Brookland-Williams that clearly portrayed the 1930s style, especially during ‘One Plus One Equals Three.’ One think you can’t love about this musical is its musical numbers, each one is as stunning as the next, bringing that mystical, circus feel but also the classic 1930s pop to the story! Although at times the music over powered the singers, making it hard to hear some lyrics, musical director Hannah Ockendon-Rowe conducted well, ensuring the band were on cue and accompanied the singers.

Now all of this wouldn’t all be possible if it wasn’t for the talented cast that took the stage! Consisting of many different characters, referred mainly as The ‘Freaks’ these characters have all been carefully thought out, from their body posture to their costumes. You could see how much research and thought has been given into each one, Particular favourites were the Fortune Teller, played by Joanne Frazer who throughout did not break any character she was playing, her voice also had a beautiful tone. The Albino Girl. He-She, played by Caitlin Goodman and Kemal Lbrahim, I loved their characters and costumes throughout many of the Side Show scenes my eye would catch them instantly!

Along with the ‘Freaks’ was an amazing leading cast, in his debut with Bromley Players Daniel Goad takes on the role of Terry a talent scout who leads the twins to stardom, his passion and love within the role is clearly displayed in his number ‘Private Conversation’ and throughout his relationship with Daisy was tormenting him, unable to see past her connection with her sister he fights with his emotions wishing he could have her and only her. Terry’s partner Buddy played by Steven Bradley, also created brilliant emotions within his role in what was right and the truth behind the character. He has an amazing dancing ability, with a voice to suit the character.

Cory Worlaw as the sweet, innocent and protective Jake was excellent in his role, his number ‘You Should Be Loved’ was beautiful and well received by the audience clearly portraying a true love to Violet, than that of Buddy. 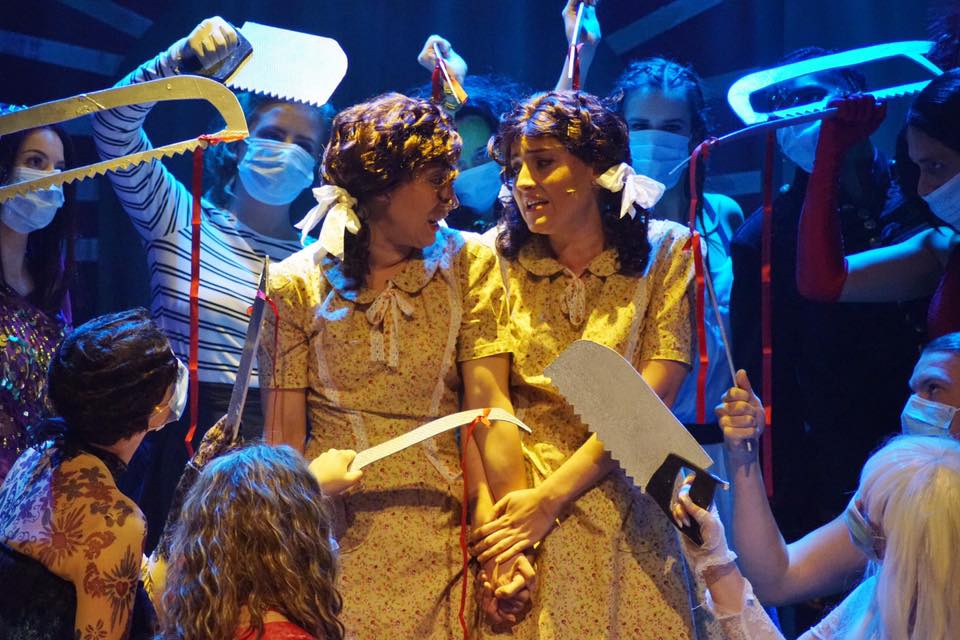 It wouldn’t be Side Show without the leading duo, Violet and Daisy Hilton played by Nicola Henderson and Deborah Heard, both excelled with their individual roles as a pair. They clearly displayed separate personalities to each other, Violet quiet and content with a wish of being a wife and Daisy determined and confident wishing for her name in lights. But what thing they both shared was their love for each other and that was the only true love. Not only was their acting mesmerizing to watch, their voices was the cherry on top and they complimented themselves very well that each song they sung was as powerful as the next. It must of been so hard to be that close to someone throughout a whole production but the connection they both shared on stage assisted with making it look easy!

I always look forward to seeing Bromley Players as they always deflect the term amateur. Although yes they are an amateur dramatics group, Professional they are, each production they display the many talents of so many people it is amazing to witness and Side Show is a clear example of this.

Playing at the Bob Hope Theatre**, Sidcup until Saturday 27th October this is not a musical to miss! For all ticket information go here. For further information about the Bromley Players, you can head to their Website or Facebook.