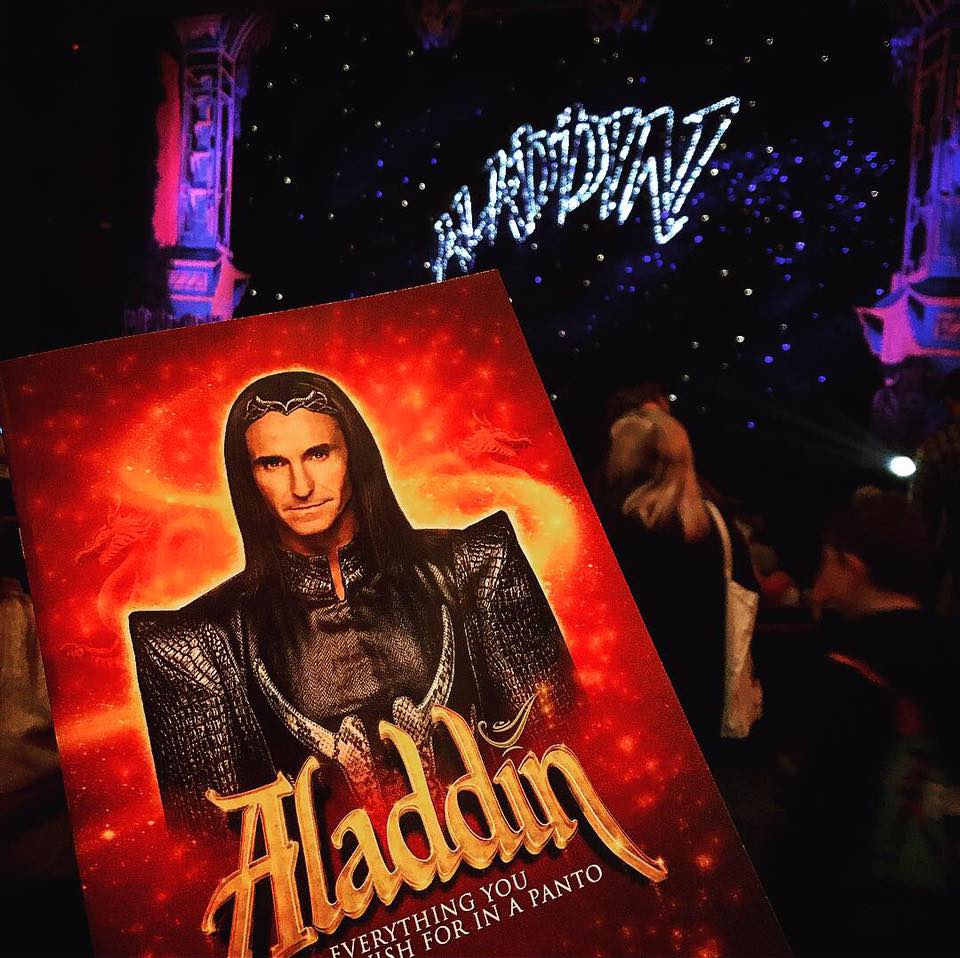 With only 2 weeks to go until Christmas day, it was to the Orchard Theatre for their pantomime this year Aladdin.

Aladdin tells the story of a young lad of the same name, who falls for Princess Jasmine. He would do anything to have her hand in marriage. When the opportunity to gain riches is given to the chosen one Aladdin by the evil Abanazar – who wants the magic lamp to rule the kingdoms, he steps into the cave of wonders and receives more than he expected.  All seems well but when Abanazar manages to snap the Lamp, its Aladdin and the help of his mum and brother, who has to save the princess from Abanazar.

The most impressive thing about this current pantomime has to be the effects, from the very start you are blown away by them, along with the puppetry and set throughout – the effect of the magic carpet still has me pondering on how they did it. One thing this panto differs from the others in the area, is the amazing 3D effects in act two! I won’t give too much away but you are flown through the many pyramids with a fair few obstacles that you really have to dodge! Although at first and at times it seems a little dark, which may scare the children at times it opens up to the classic pantomime that we all love and know with the audience involvement and plenty of laughs.

Along with this, it was great to have a variety of songs than that of the usual songs you get in panto, some of which were originals co-written for the panto itself by the leading man Marti Pellow. Marti is no stranger to the role of baddie Abanazar and you can see why he keeps coming back for more every year! He was perfect within the role and took the dark side very well that you could see how much he was enjoying it. As far as Panto villians go, he was the best I have seen and his singing wasn’t too bad either! 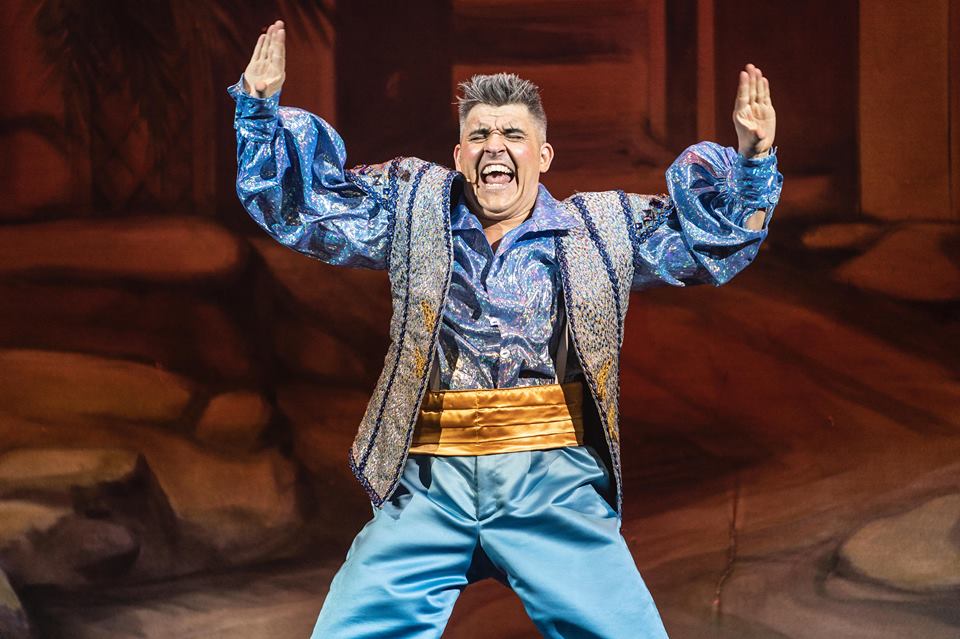 A personal favourite of the night goes to Wishee Washee played by Ricky K, thoughtout the show he had the audience participating and laughing. It was clear he won the audience over as you looked forward to what he would do everytime he took the stage. He had bundles of energy for the many skits that he performed and we even got a glimpse of the ‘Comedy Love Story’ that won him a place in the semi finals in 2014 Britains Got Talent. His mother, the fabulous Widow Twankey played by David Robbins was glamourous in the role and looked amazing doing it too, having the perfect timing for the comic moments and outfits to suit!

it wouldn’t be Aladdin without Aladdin and his leading lady Princess Jasmine, Alexis Gerred and Stephanie Elstob had beautiful singing voices that complimented each other well through the many duets. A personal highlight was their song in the palace gardens, that had the audience smiling and laughing thanks to Washy’s input to the romantic scene! Alexis took the young Aladdin in his stride, he even has a few magic tricks up his sleeve that blows the audience away!

This years panto at the Orchard pulls out all the stops, to go for the effects alone would be enough but the cast knock it out of the auditorium and guarantees you a great night out with wows, giggles and maybe a few screams!  It isn’t Christmas without a oantomime and Aladdin is ideal for this.

Playing at the Orchard until Sunday 30th December, for all ticket information and purchasing go here.  I look forward to next year’s Pantomime which has been just announced as Peter Pan, this years will be a tough one to follow!