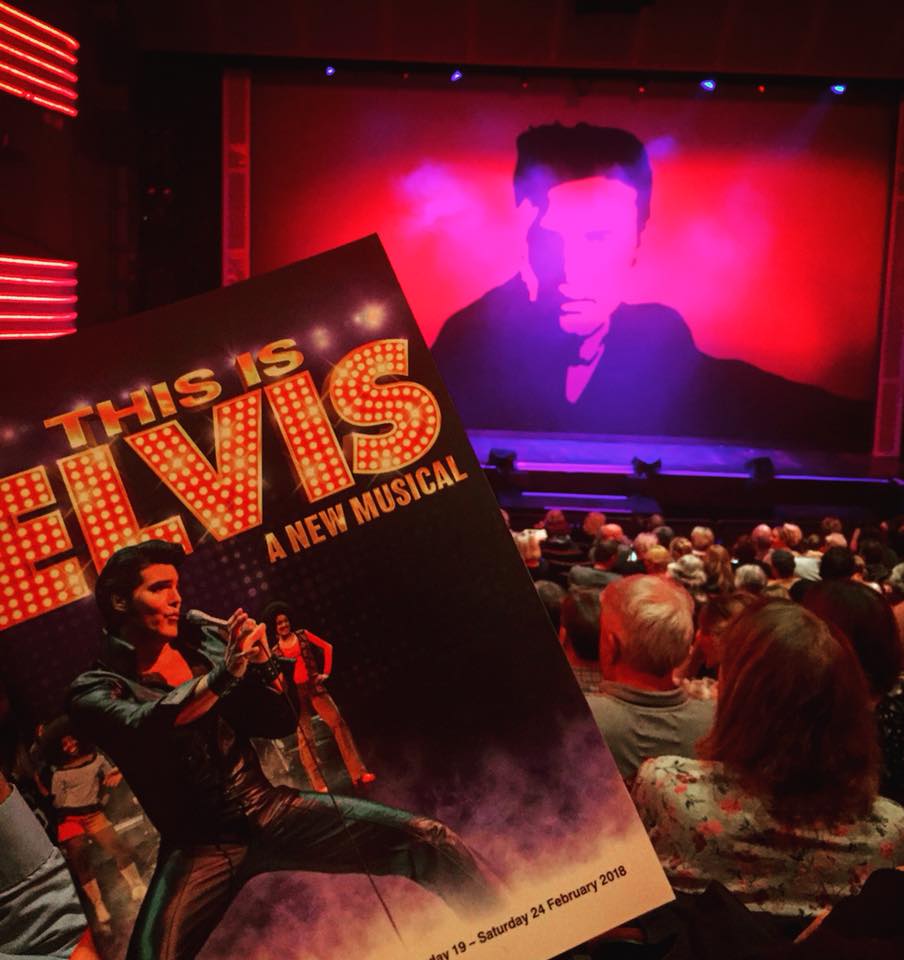 I was back at the Orchard Theatre for a new musical. I was intrigued as to which route this one would take. I took my seat in the stalls row P, seat 19, central to the stage all could be seen. Being raised there is not much obstruction from the row in front, which means no leaning to the sides to get a better view!

This is Elvis is a new Juke Box musical currently touring over the UK, set in 1968 we see Elvis embark on this major musical event of the year – the first live TV special for Elvis Presley. Succeeding in record rating it is the start of what will come to be known as ‘The ’68 Comeback Special.’ Re-established Elvis decides to leave the film industry to embark once again as the King of Rock and twelve months later performs live for the first time in seven years at the International Hotel in Las Vegas. 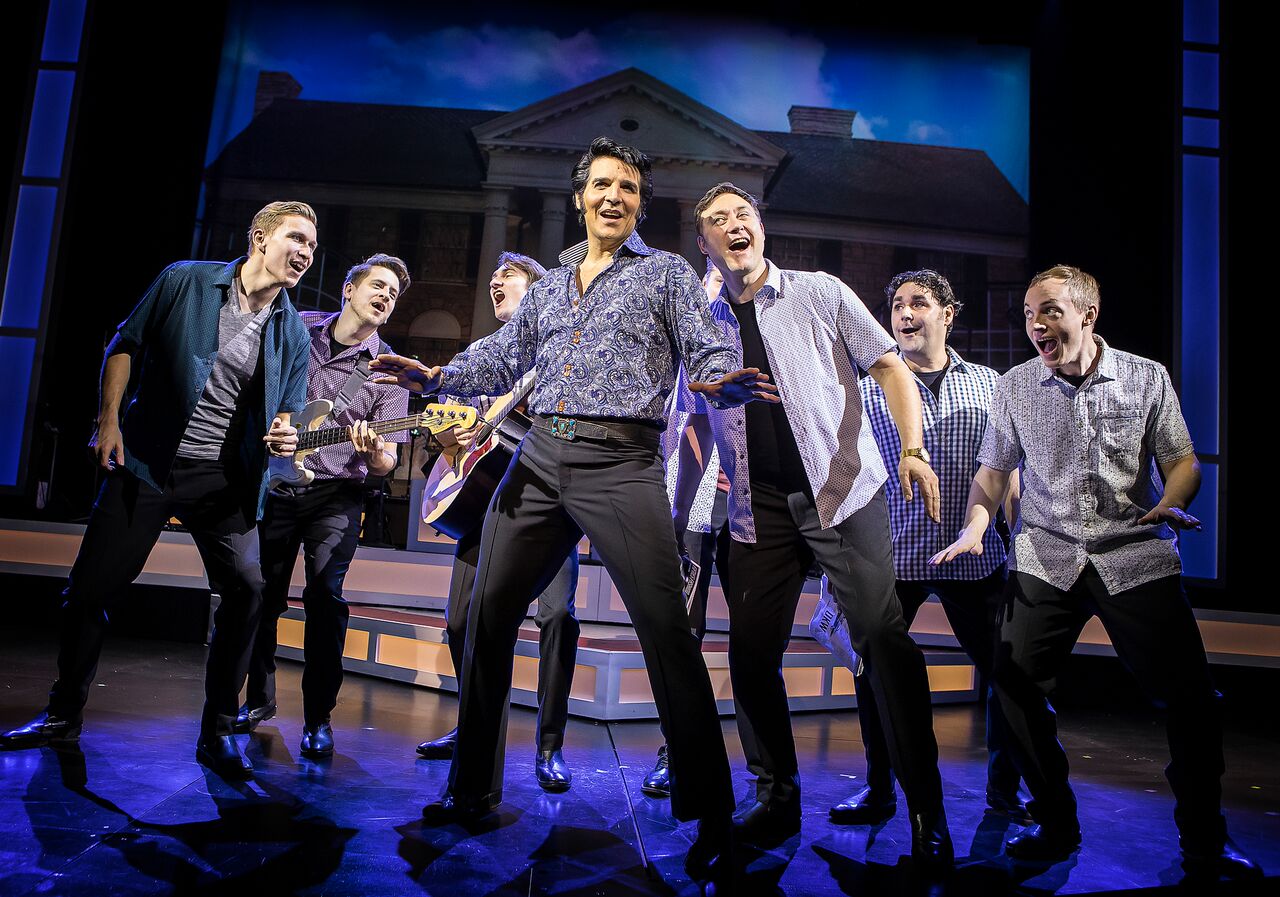 This musical directed by Bill Kenwright at times questions itself as to whether it is a musical, or a tribute concert. The first act recreates all the drama that leads to Elvis’s musical comeback, with scenes showing the struggle and emotions he had to embark to return to music – mainly with his agent ‘The Colonel.’ We also see those who were supportive and true to the King of Rock – Joe Esposito and Charlie Hodge. Then in the second Act we see a replica of the Las Vegas concert performing 21 classic Elvis songs such as ‘Viva Las Vegas,’ ‘Burning Love,’ ‘Can’t Help Falling in Love With You’ and ‘Jailhouse Rock’  throughout the whole act, with snippets of audience interaction from the legend himself. With such a contrast from the slow paced Act 1, the second act clearly steals the show bringing Elvis to life and clearly loved by the audience. Although we learn a lot about Elvis from Act 1, it was at times forgettable but, when Act 2 starts the audience are dancing in their seats.

The cast tonight showed their talent, performing and playing as the band. It worked perfectly with the concert, displaying the talent of all those involved. With a simple stage set and amazing lighting design – created by Nick Richings, it allowed us to enjoy the show rather than be distracted with numerous scene changes. 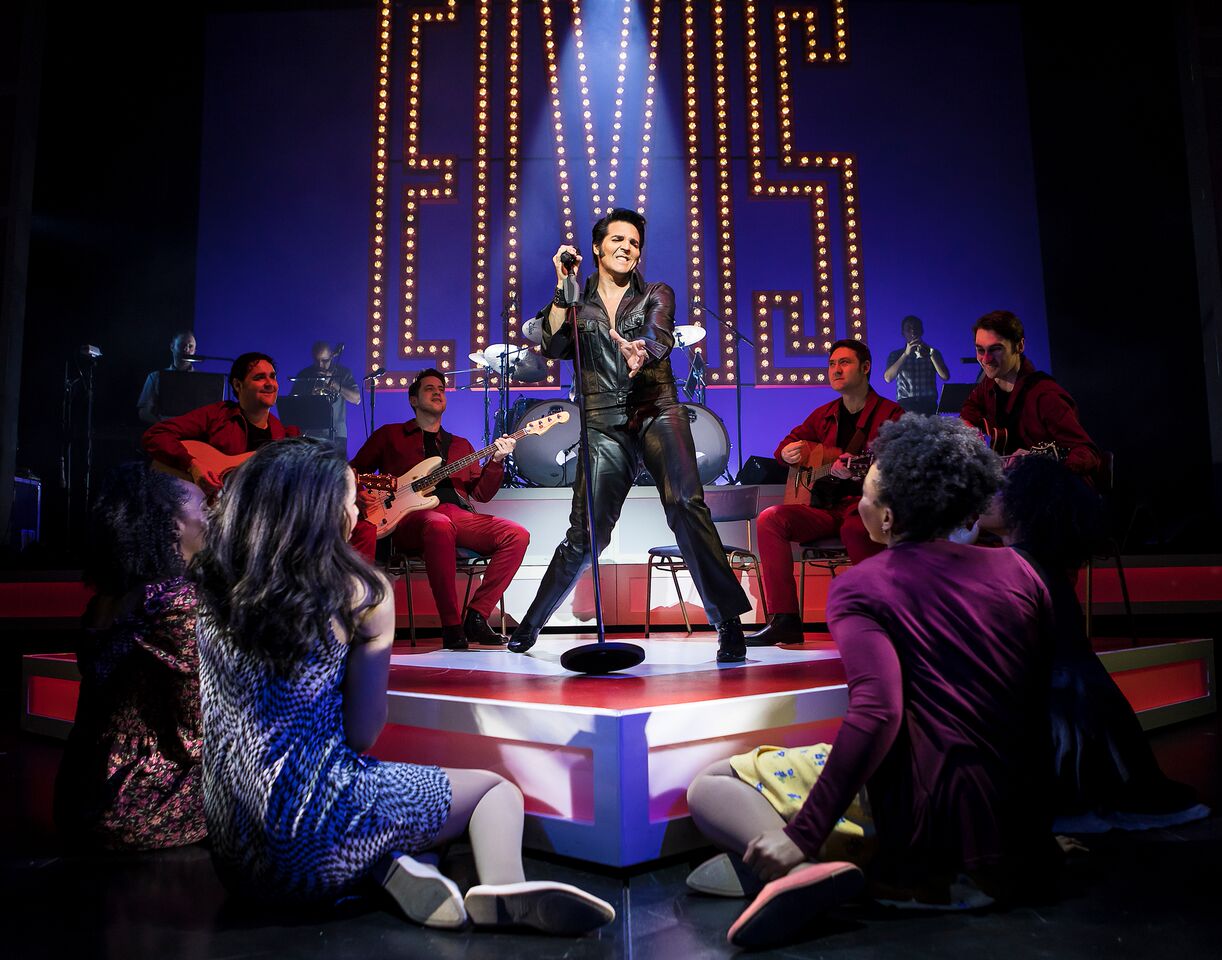 Performing as the legend himself Elvis Presley was international award winning tribute artist and actor Steve Michaels, trust me when you see him you can understand why! Steve channels Elvis perfectly, with his looks, persona, and voice, what I loved the most though is he did it so respectfully. Showing how much he loved Elvis himself. You could see how much he enjoyed performing the role, when he watched the audience react to each song he sang smiling and interacting making the ladies swoon just as they would with the real King. He was a real joy to watch, and the closet I will get being transported back to the 60s and a glimpse of seeing the King of Rock in action. The standing ovation at the end was greatly deserved for his performance, along with his fellow cast/band members.

Other quick mentions go to Mark Pearce, and Reuven Gershon, playing the roles of Charlie Hodge and Joe Esposito. True friends of Elvis, they displayed this greatly throughout Act 1, Mark in particular helped lighten the mood with some lovely comic moments. Along with these were other friends of Elvis’s all of whom showed their enjoyment in supporting the King, with great solo moments to show their talents on their individual instruments.

This is Elvis, is a great tribute to the legend himself. Providing the audience with a little history into the life of Elvis, but also get a chance to reminisce and watch an amazing concert with great musical numbers. Although at times it felt confused as to which path it would take, by the end of the night, you will be dancing in the aisle, giving you a great entertaining night out. If you are a true Elvis fan and love his music this is the musical for you!