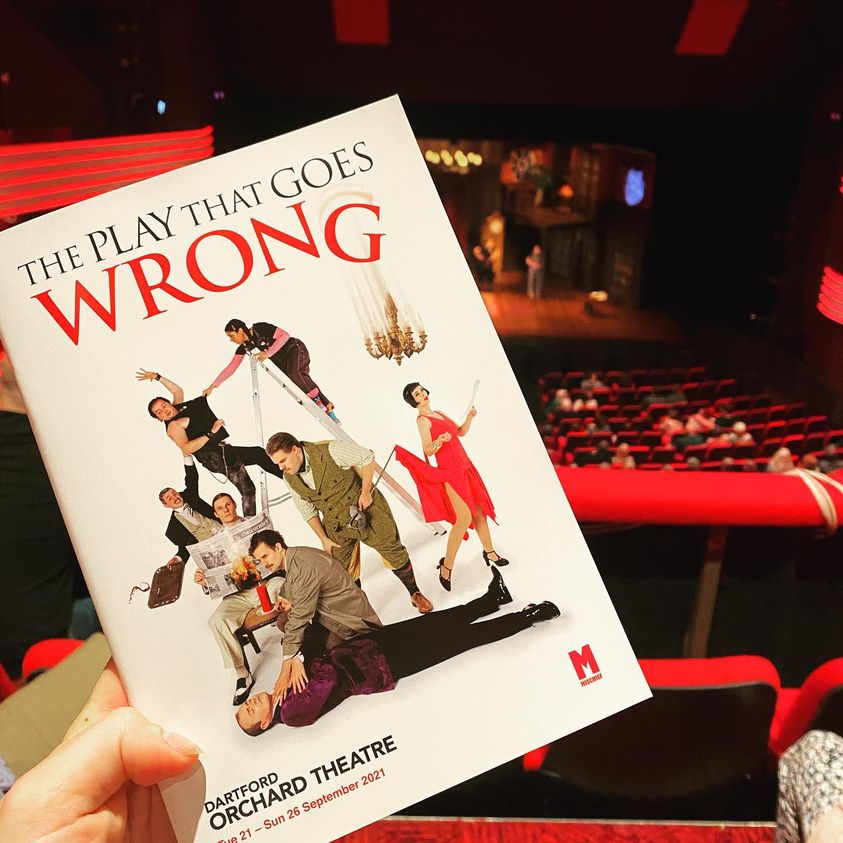 It was back at the Orchard Theatre to watch my first play in what felt like forever! I was not disappointed and couldn’t wait to see tonights performance of Mischief Theatre’s The Play That Goes Wrong. Mischief theatre is a drama company that specializes in improvised theatre, formed in 2008 they have had great successes with many successful comedy productions both… Read more →

With much joy, it was back to the Orchard Theatre to see this weeks production opening of ‘Grease.’ Grease is the 50s musical classic, it tells the tale of Danny Zuko, and Sandy. Having met during the summer holidays and fell in love, they believed at first it was a summer romance. But when Sandy unexpectedly enrols at Rydell High, she… Read more →

After 531 days, the Orchard Theatre has finally opened its doors to the public following the Pandemic which shut down many theatres. It was also the first theatre show I was seeing since February last year, to say I was excited was an understatement as i have missed the thing that I adore and allows me to escape. Tonights show was a perfect show to begin my journey once again!

The Rocky Horror Show is a musical comedy with music, lyrics and book written by the mastermind of Richard O’Brien. It tells the story of a newly engaged couple Brad and Janet, who get caught in a storm and end up coming to the home of a mad transvestite scientist, Dr Frank-N-further. When taking in they witness the unveiling of his new creation, a sort of Frankenstein-style monster but in the form of an artificially made, fully grown and perfectly physical muscle man named Rocky Horror. Although originally it was as stage production, it was the film adaptation Rocky Horror Picture Show in 1975 that the show began to receive its cult following and still loved by many to date.

Now, if you were brand new to seeing this muscial with no clue of the story/following you may sit there and wonder, what was going on – with the audience shouting comebacks to many of the lines mostly to the narrator it can be quite unusual but as Frank-n-Furter would say it is also ‘pleasurable’. Mainly because it is is all part of this theatre experience and without it, just wouldn’t be Rocky Horror! It is also such a joy to be part of a Rocky Horror audience, seeing those dress up as the characters or Phantoms (which I very happily did so), to then see them react and shout out the classic combacks just brings the whole thing together – Participation is always welcome and needed to make this show what it is! However, if you don’t know the story you will of course know at least some of the classic songs ‘Dam it, Janet!’ ‘Sweet Transvestite’ ‘Touch-a, Touch-a, Touch- a, Touch-me’ and of course the renowed ‘The Time Warp’ its amazing to see these songs sung live. Especially from this cast!

The whole cast were at their best, with most not being able to work the past year you can see the joy on their faces with being back on stage and providing entertainment, something they love and I am sure missed! it was great to see them give it their all. Stephen Webb returns to his iconic role of Frank-N-Furter and I swear every time I see him in the role he just gets better! Taking every high heel step in his stride, he is always such a joy to watch and his relationship with the whole cast is perfect. Stephen’s team made up of Magenta, Riff Raff, and Columbia played by Suzie McAdam, Kristian Lavercombe and Lauren Ingram all were excellently cast to perform the roles. Kristian no stranger to the role again excelled at Riff Raff and Suzie McAdam ensured her Columbia was remembered with her excellent drugged moment having the audience giggling and wondering ‘what ever would she do next?’

Taking on the iconic couple of Brad and Janet was Strictly winner Ore Oduba and Haley Flaherty, both had great chemistry on stage. Ore had a lovely warm tone to his voice which was shown in his rendition of ‘Once in a While,’ it was such a delight to listen to. It was amazing to see him perform live, with the prospect of a triple threat I am intrigued and interested to see as to what roles he takes on in the future as I would love to see him again. Now, it wouldn’t be Rocky Horror without the Narrator played by the audience favorite Philip Franks, his quick wit to all the audience calls excelled all expectations but also how up to date he was with his jokes – including the slight error that the Orchard Theatre made in thinking they ordered Frank-n-Further wigs but actually got sent 52 tins of Frankfurter hot dogs! He will guarentee to have you laughing out loud – and that’s just the way it should go!

I couldn’t of asked for a better night, that left me emotional and smiling from ear to ear. No matter how many times you see this show, you will see something different each time that makes sure an evening entertainment is provided. Whether you dress up or don’t, you will for sure be up on your feet dancing with the cast to ‘Time Warp!’ 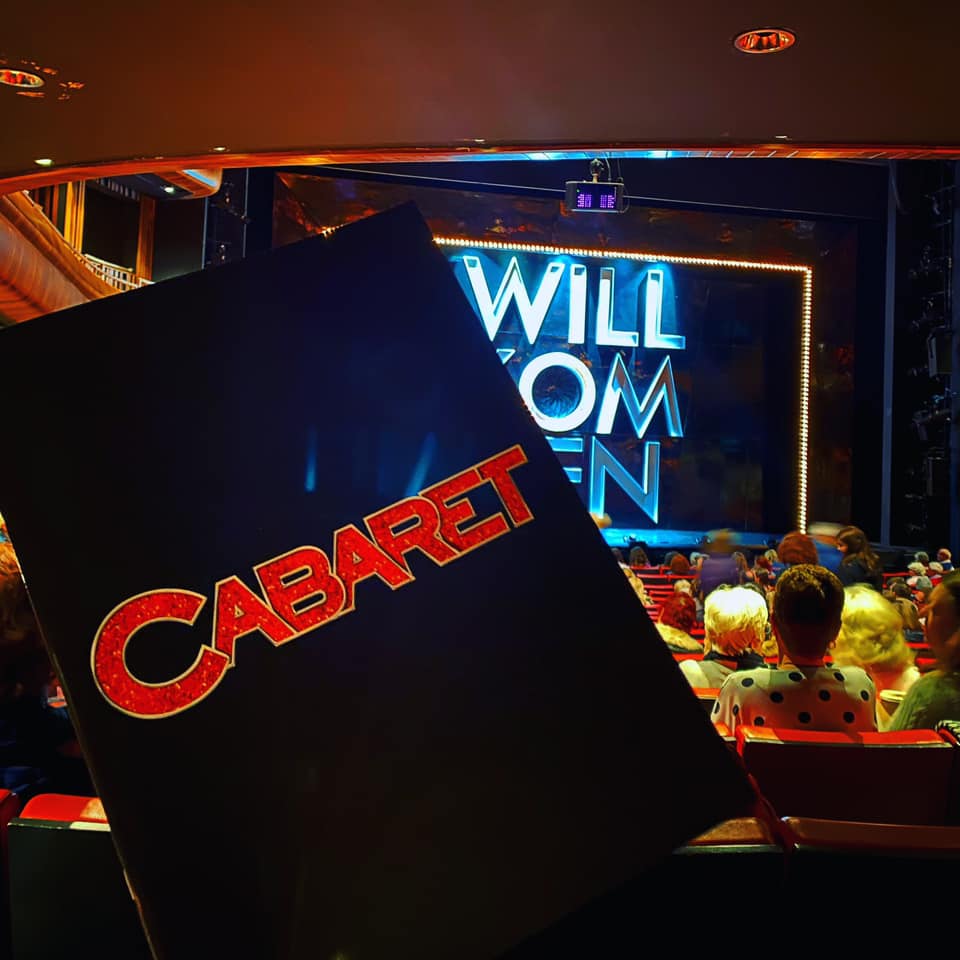 After a week off, it was back to Canterbury for this weeks opening night of Cabaret. Based in Berlin in 1931, when the Nazi’s were rising to power Cabaret focuses on the nightlife of the Kit Kat Club and revolves around Cliff Bradshaw an American writer and his relationship with British cabaret performer Sally. Along with the main story there… Read more → 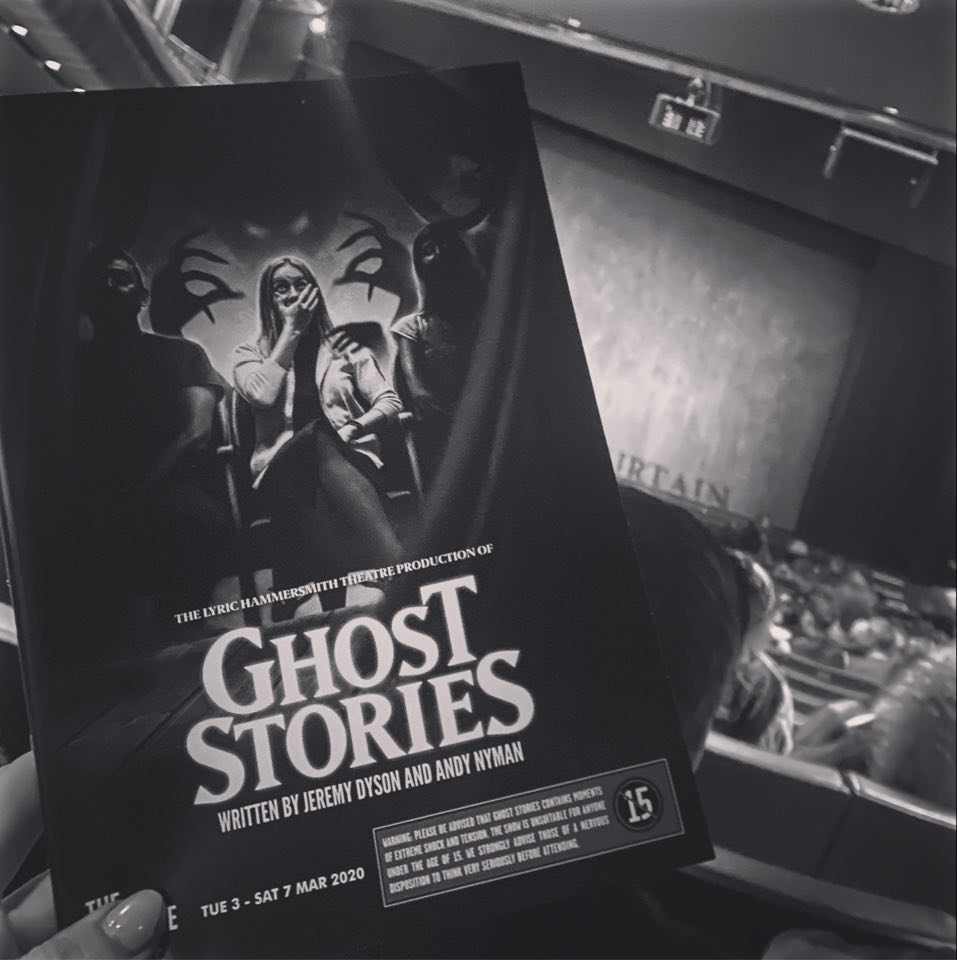 I was excited to be attending tonight’s press night with my other half, being that this current production at the Marlowe was right up his street – it was also good to have him there for protection…you’ll understand why. After a successful run in West End, Jermey Dyson and Andy Nyman are introducing the rest of the UK to their… Read more →

Another week, another lucky viewing and tonight’s would by my second play of the year. Along with this also, it would be the first viewing of a new Tilted Wig production, Lady Chatterley’s Lover. Lady Constance Chatterley has found herself trapped in a loveless marriage. Her husband Clifford Chatterley injured in battle, is unable to satisfy the sexual desires of… Read more → 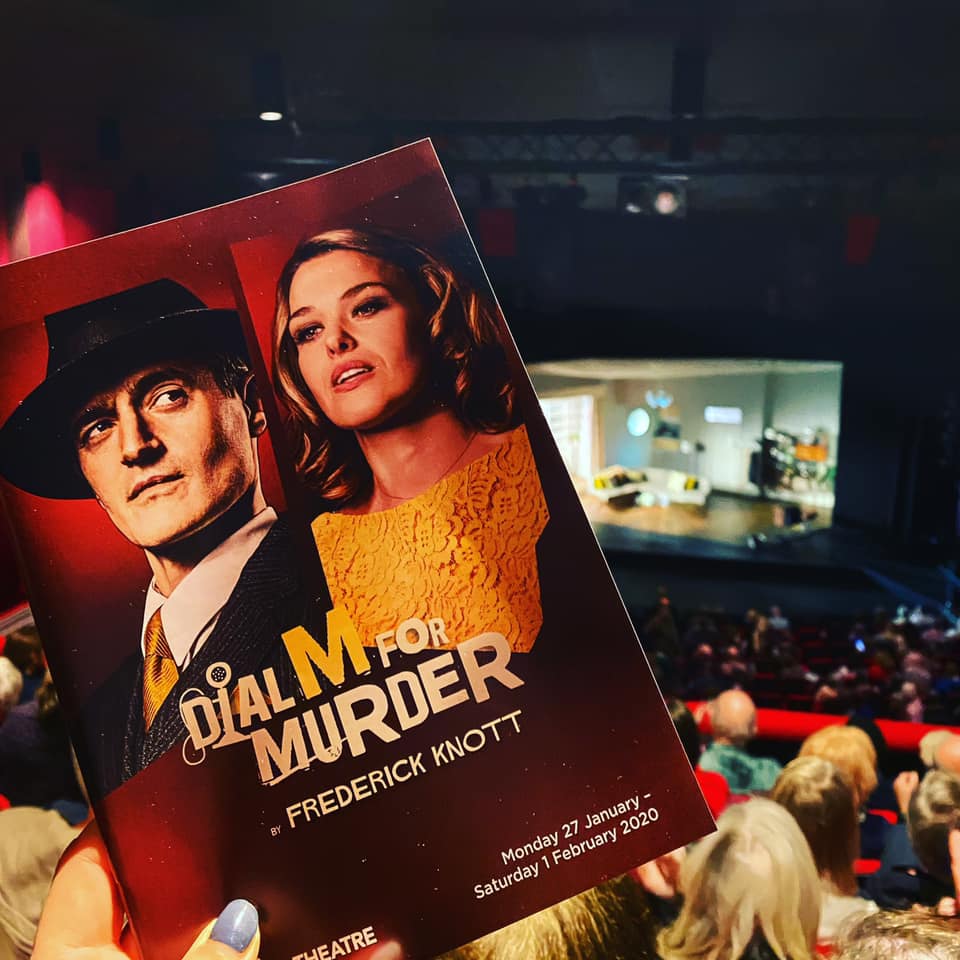 After a week without a theatre trip, it was back to the Orchard Theatre for tonight’s viewing. The first play production of 2020 goes to Frederick Knott’s Dial M for Murder. The Thriller is set in the 60s, based in the living room of former professional tennis player Tony and his wife Margot. On discovering that his wife has been… Read more →

After my first viewing of the year, it wasn’t long until I was traveling down to Canterbury for my first Press Night at the Marlowe Theatre. Having heard some great things about this production during its run in London, I was looking forward to finally seeing On Your Feet! on their opening night of the next leg of the UK… Read more → 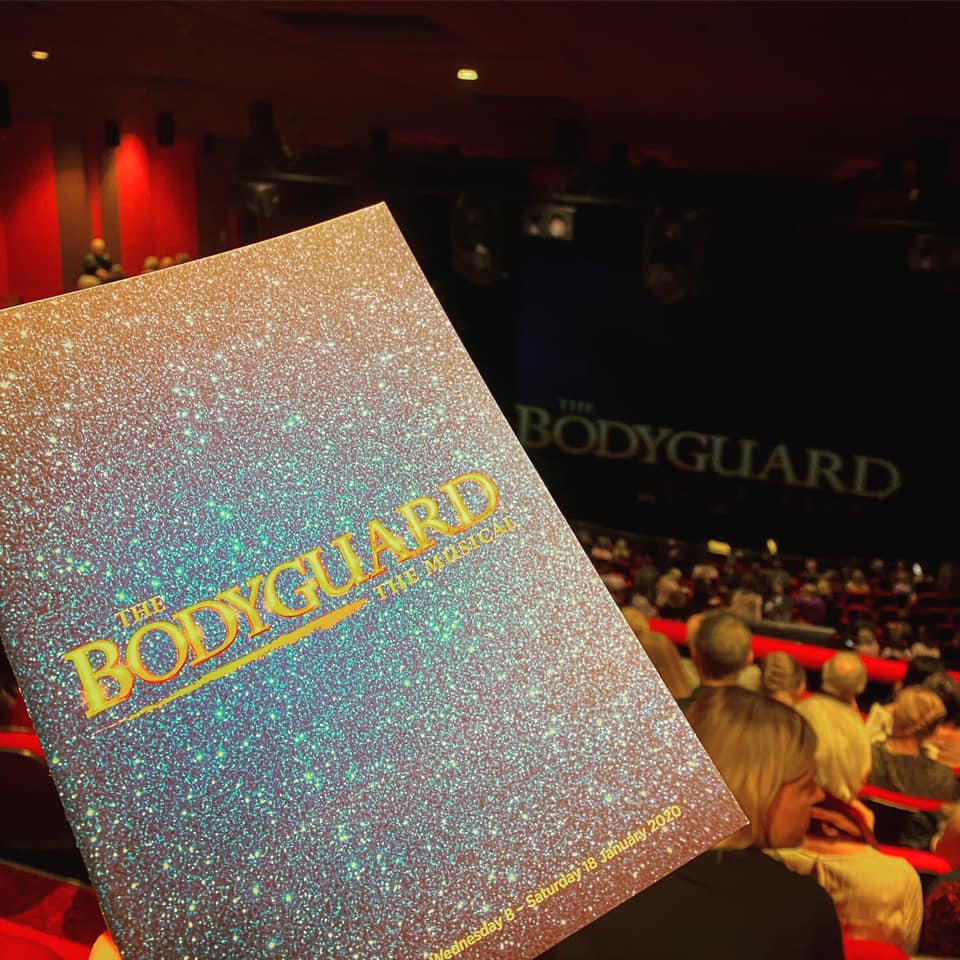 A new year has begun, which means a new year of theatre viewing can commence and tonight’s one was perfect to kick start 2020! It was back to the Orchard Theatre, for the opening night of The Bodyguard. Frank Farmer is a former Secret Service agent turned bodyguard, who is hired to protect award winning superstar Rachel Marron from an… Read more → 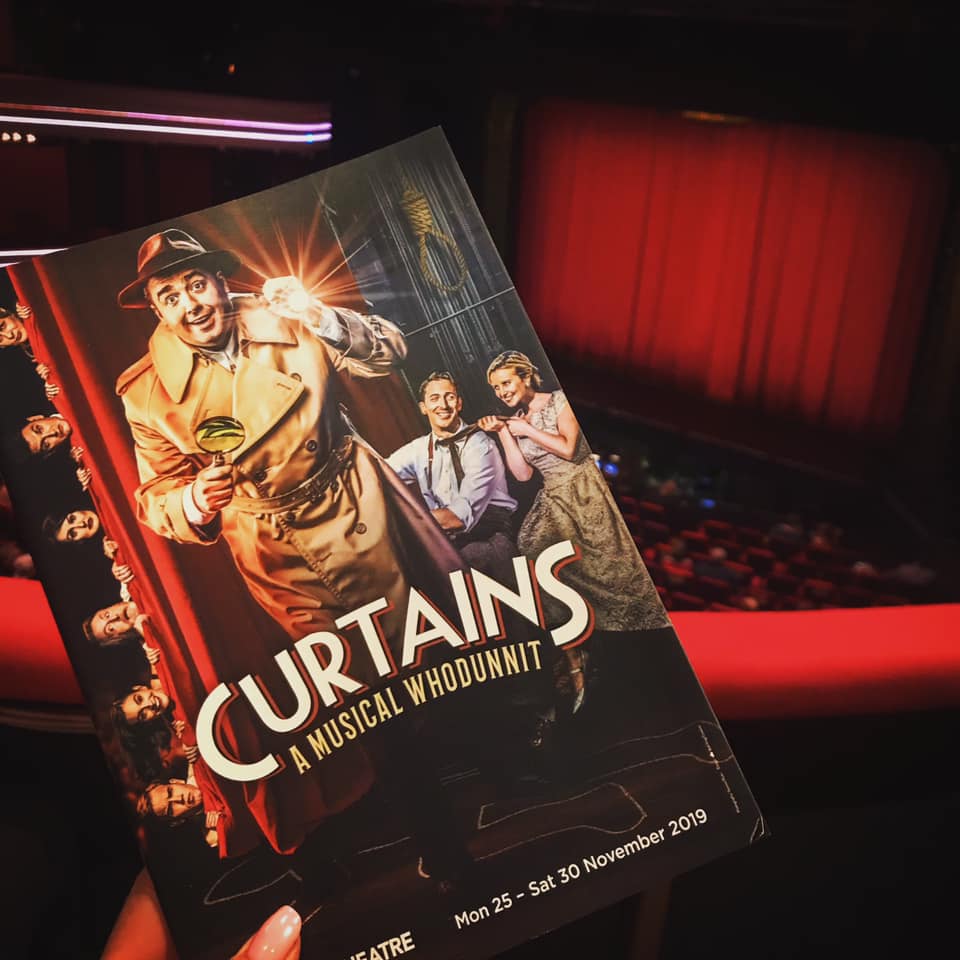 To kick start a few days off, what better way than to enjoy a press night and the opening night of current UK tour of Curtains a musical whodunnit. It’s opening night of Broadway-bound musical Robbin Hood, star Jessica Cranshaw has been murdered on stage during the company bows. The entire cast and stage crew are suspects, in walks local… Read more →